What does CRM stand for?

I know what you are thinking…

It’s not that simple.

Okay, now let’s get down to business:

This is one of the most important part of CRM that you must know.

Multiple research reports say that 30% – 60% CRM implementation projects fail or not able to serve as expected.

There are 3 KEY reasons behind this failure are – 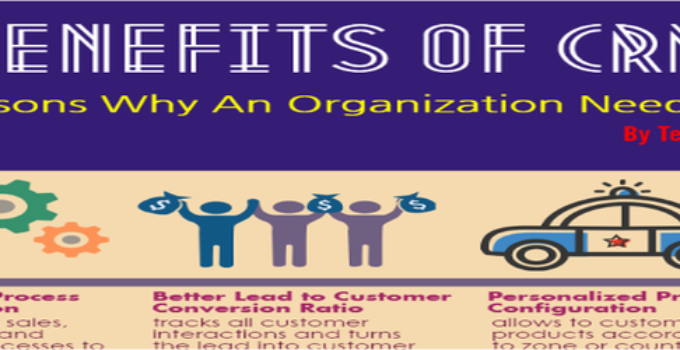 I am telling you:

Working as a CRM Business Analyst, this is one of the most frequently asked questions that I have faced.

And you know what?

When I tell them about benefits of CRM, very next question that comes is –

What is best CRM for my business?

In today’s super competitive age, it is really difficult to run a business without systematic approach.

And I call that approach as CRM (Customer Relationship Management). 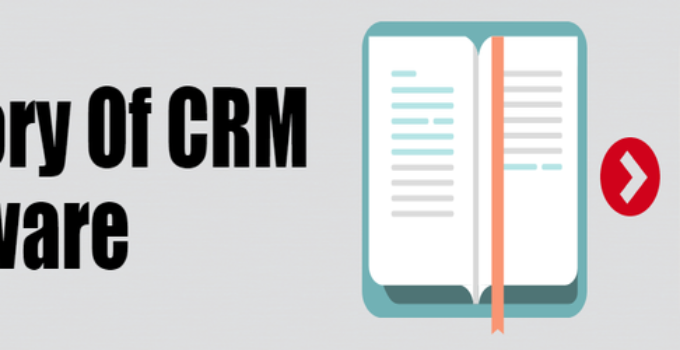 Let me tell you, History is not always a dull, monotonous subject. (Really ?)

However I never understood – what is the point of knowing King X fought with King Y 1000 years ago! 🙁

Here I will talk about History of CRM Software. (I am serious!)

I am telling you, History of CRM is not boring like our History subject.

Over the past few decades, CRM has undergone sea-changes – from old ledger days to today’s Cloud/SaaS based CRM.

So, let’s start the fun! 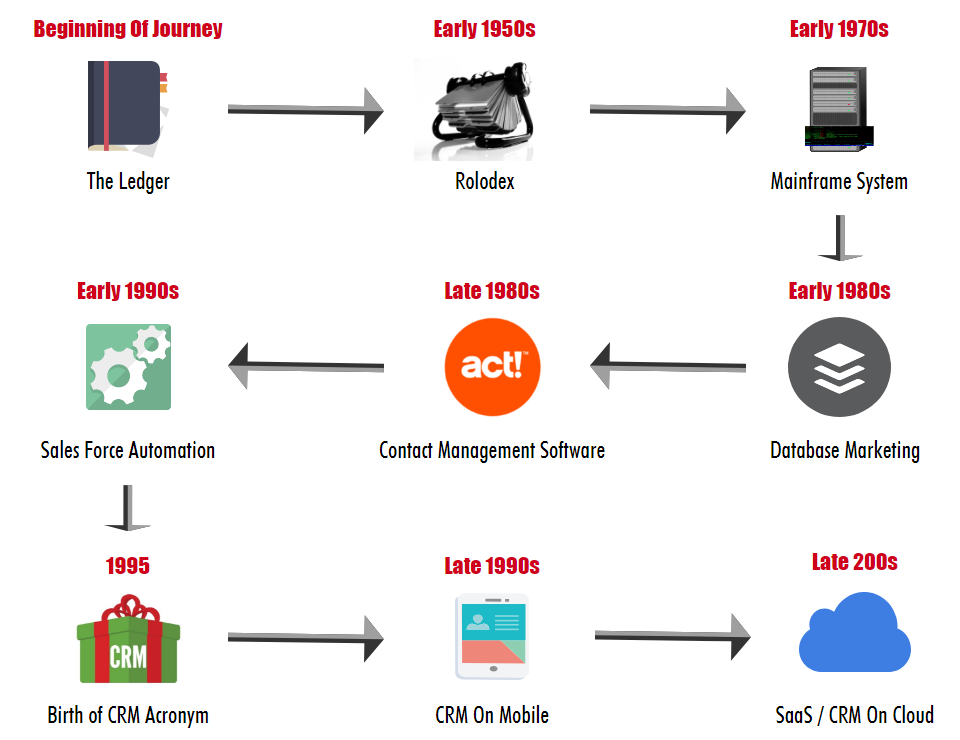 ♦  Beginning Of Journey – The Ledger

Ledger is the oldest form of CRM.

Those days paper and pen were enough for businesses to note down basic customer details and sales information. 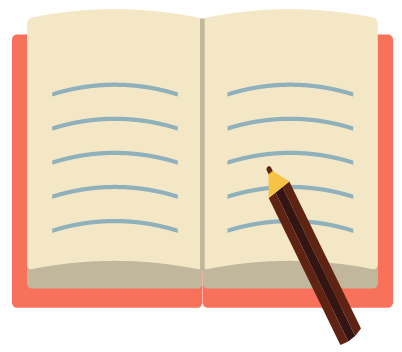 A device with rotating wheel fitted with removable cards – 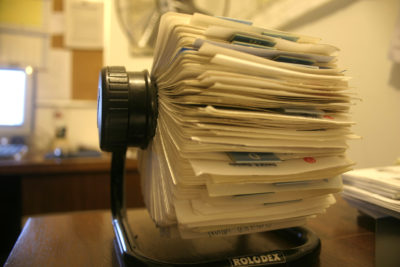 It holds special kind of index cards that can be removed or added to the rotating spindle. Each card contains details about a person or company.

It made life bit easier than ledger as business could easily locate customers, update details or add new customers. 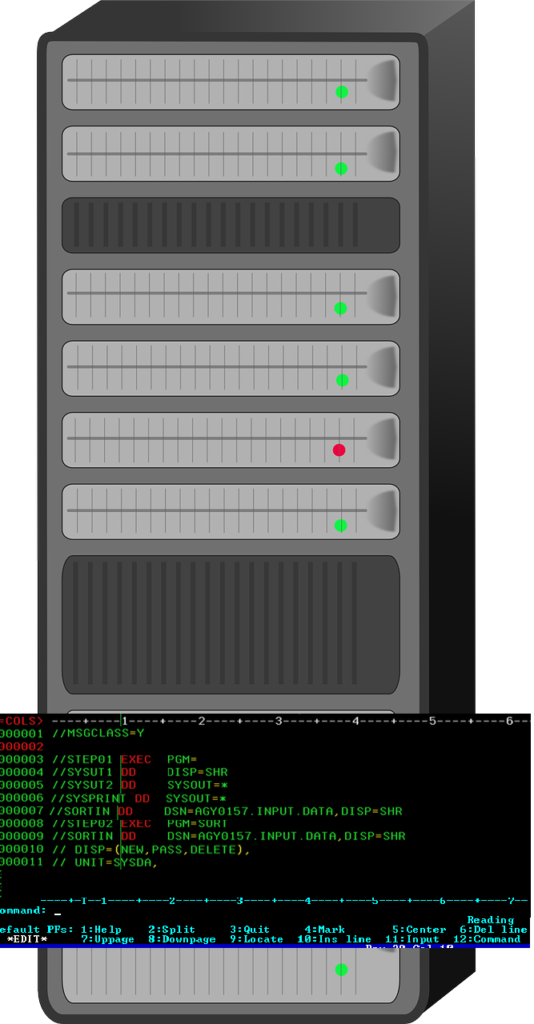 Why 1970s when Mainframe computers were available from 1950s?

Though mainframe was invented in late 1950s, there was almost no user interface till early 1970s.

By early 1970s, many mainframes got interactive user interfaces. It helped users to work simultaneously along with batch processing.

Since inception, mainframe system has gone through many ups and downs. Modern mainframe can run multiple different instances of operating systems at the same time. This technique of virtual machines enables applications to run as if they were on physically distinct computers.

Mainframe is the most secure system with low single digit vulnerabilities compared to other systems like Windows, Unix, and Linux.

Many organizations, mainly financial and airline sector, still use it for back end transaction processing.

In 2015, IBM launched its most recent generation mainframe – IBM z13.

( Want to know more about Mainframe? I would suggest you to take 2 training courses – The Complete Mainframe Professional Course of TSO/ISPF and JCL. )

Database marketing played a major role in history of CRM software. It was the first big move to integrate customers with sales strategy.

Marketing professionals used to communicate directly with customers or prospects for higher conversion. It helped business to send personalized communications to increase sales.

Main drawback of database marketing is that it was more like a one way communication.

There was no way to track customers’ responses.

In 1967, they founded a consulting firm ‘Kestnbaum & Co‘. This was the training ground for many of database marketing leaders and thinkers like Robert Blattberg, Rick Courtheaux and Robert Shaw.(Source: Wikipedia).

Shaw introduced new features into the Kestnbaum approach like

Later these features have been incorporated into CRM.

– Acronym for ‘Yes, Everybody Sells!’.

In 1986, Mike Muhney and Pat Sullivan founded Conductor Software in Carrollton, Texas. They started a new project named as ‘YES!’. This was later known as ‘ACT!’. 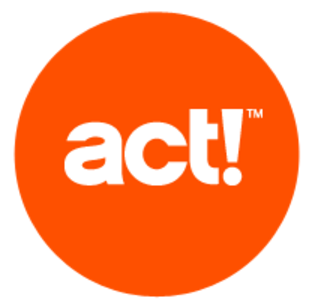 Original name was Activity Control Technology and then changed to Automated Contact Tracking.

It was the first contact management software. Later Goldmine and other vendors also released CMS applications.

CMS was nothing but a digital rolodex.

To use CMS system, companies had to invest a lot in software and hardware maintenance and dedicated IT employees.

Those days, Siebel was the most popular SFA software in the market. It played an important role in evolution of Customer Relationship Management.

Today SFA is a part of CRM beside marketing and customer service. 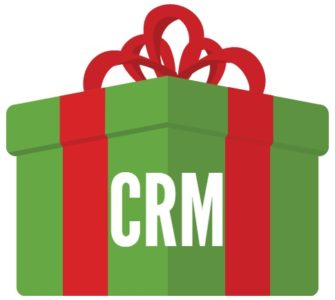 Who invented that name? 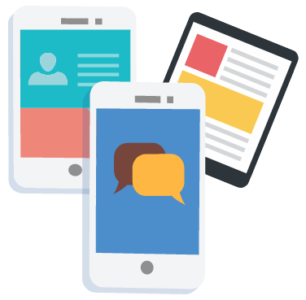 In late 90s, many ERP vendors like Oracle, SAP entered into CRM market via acquisitions or in-house development.

Mobile adoption was not so popular those days due to lack of devices and network connectivity.

A new era of CRM began…

You know about Y2K problem, right?

Like other software applications, CRM was also hit hard by dot-com bubble.

Oracle experienced a loss in licenses of over 25%.

For the first time, Siebel reported decline in quarterly revenue.

In 2001, Microsoft acquired Navision and released Dynamic CRM in 2003. The main benefit of this CRM is its strong integration with other Microsoft products like Outlook, MS Word.

In 2007, Salesforce.com launched force.com, cloud based application development environment. This was a major step to push CRM in the cloud – Software As A Service. Force.com is a platform as a service (PaaS) that allows developers to create multi-tenant add-on applications.

And with this a chapter started in history of CRM software.

From ledger to SaaS, CRM has already completed a long journey and is still evolving.

Companies have shifted their focus from Transaction to Interaction.

With help of big data, CRM is now more focused on understanding customer data. Plain data has been converted to knowledge and actionable information.

In near future, CRM will be tightly integrated with Internet Of Things (IOT) and Artificial Intelligence (AI).

Before I close this article, a quick look on current CRM market share and revenue. 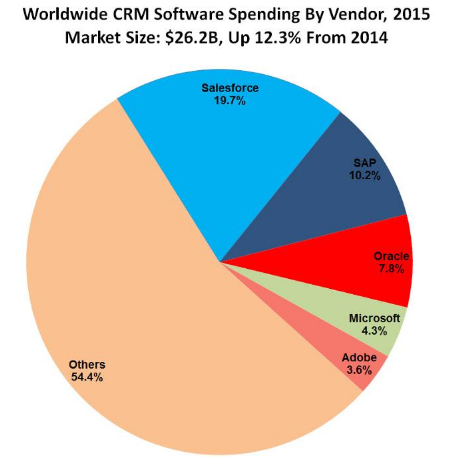 Today we have more than 100 CRM applications from different vendors.

From the above statistics, it is clear that Salesforce.com has major CRM market share. 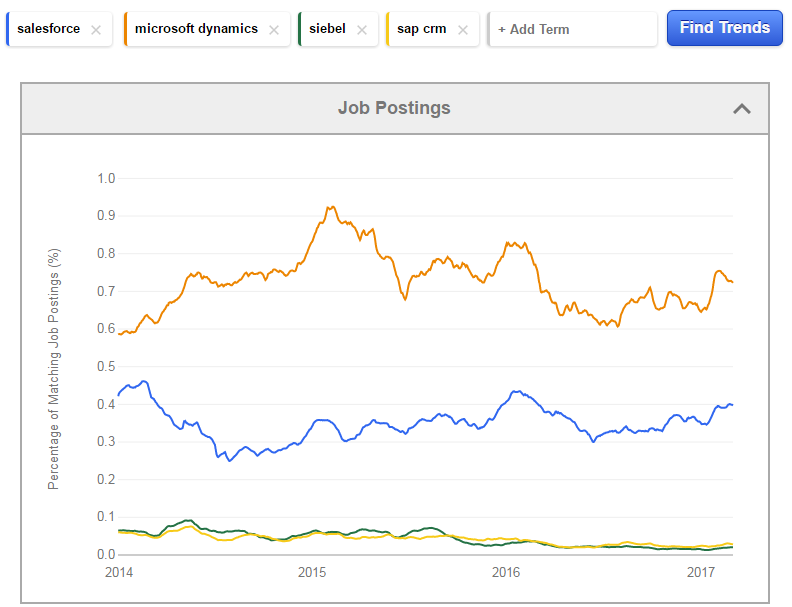 So it is your choice – you want to go with Salesforce or MS CRM. Both will give you good job opportunities.

You will find many training courses and learning materials on the web for both CRM applications.

But if you ask me to recommend JUST 3 COURSES, here it is –

Now it is your turn. Please share what do you think about history of CRM software.

Did I miss any?

Where CRM is heading in near future?

And a difficult question – who invented CRM ? 😀

Next article: What does CRM stand for and what is CRM? 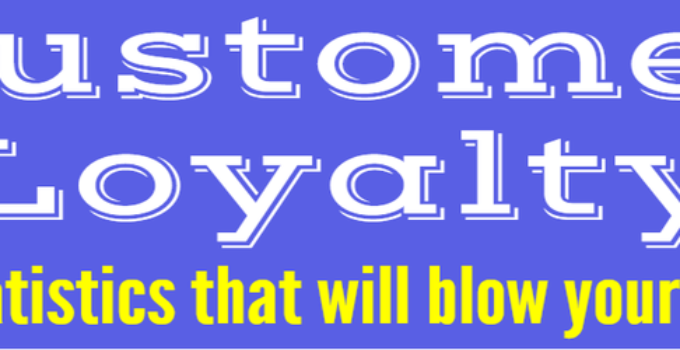 You already know the importance of customer loyalty. In this infographic, you will see 15 mind blowing Customer Loyalty and Retention Statistics. 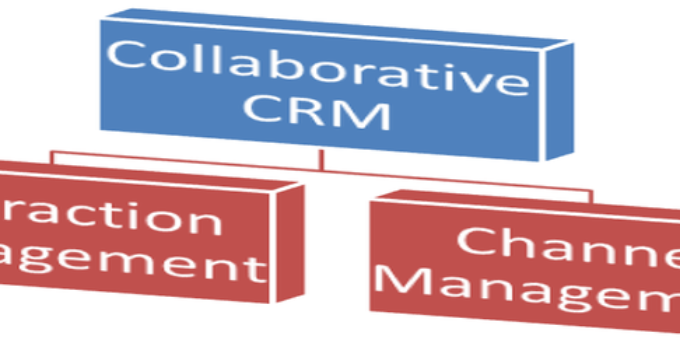 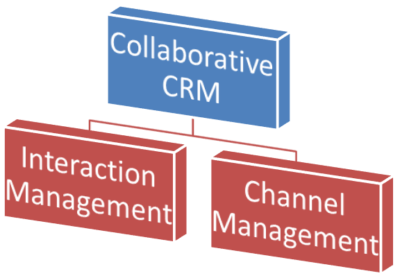 What is collaborative strategy?

Collaborative Strategy is a method where a company gives a common platform to build synergy among all stakeholders for business process improvement, product innovation and pricing, customer or employee retention.

It is another important task for an enterprise to determine who can access business information. Data visibility rules must be set to protect data from being stolen or leaked.

3) Choose technology based on business needs:

There are lots of fancy applications available in the market but all of them may not have same capabilities to meet your requirements. Beside business requirement, you must consider other factors also like software cost and scalability, development duration, maintenance effort. This is the place where collaborative CRM comes into Collaborative Strategy.

4) Measure the effectiveness of the strategy:

Business must have some KPIs which will tell how effective the strategy was, can you continue with the same strategy or it needs any modification.

What is Collaborative CRM?

Collaborative CRM is a method in Customer Relationship Management (CRM) where various departments (like Sales, Marketing, Service, Finance) within an organization share customer information to maximize profitability, increase customer satisfaction and loyalty. The purpose of collaboration is to enhance the quality of service and customer satisfaction.

Example: Feedback from a customer, gathered by technical support team could help marketing team to suggest more suitable products or services to the customer. 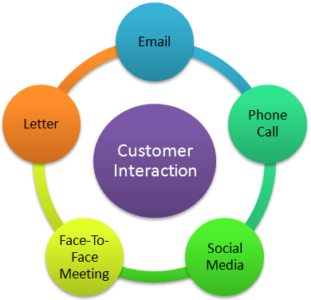 It helps to reach customers more efficiently and effectively using their preferred interaction channels. It improves the channel interaction to maximize customer satisfaction and loyalty.

Ultimate goal of Collaborative CRM is to bring customers, business processes and organization units together to achieve maximum customer satisfaction and loyalty.